PreLien2Lien Online, which was first developed in 2015 and released in 2016, has seen a 435% surge in paid annual subscribers for the first half of 2017 by national U.S. construction General Contractors, Subcontractors and Suppliers. Two hundred (200) companies either transitioned from the software based version of PreLien2Lien or became new first year customers. The variety of companies includes national construction leaders such as 84 LUMBER, BEHR PROCESS CORPORATION, and FIELDTURF USA and smaller regional companies such as KING EQUIPMENT, PENSACOLA GLASS COMPANY and ROBERTS SAND COMPANY. 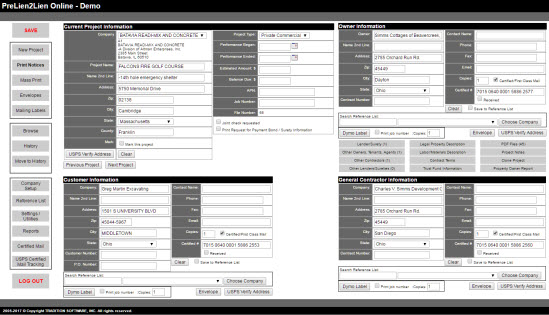 For more information about PreLien2Lien Online, contact Sales at our Chicago based Headquarters at (800) 886-8770 from 8AM – 5PM CST Monday – Friday.