GREENFIELDS OUTDOOR FITNESS, Santa Ana, CA, is a leading provider of outdoor fitness equipment to parks, schools, senior centers, greenspaces, colleges and universities, and the U.S. military. Their core line of outdoor gym equipment employs the body’s mass for resistance and can be enjoyed by all ages, regardless of the user’s fitness level.

GREENFIELDS has been a TRADITION SOFTWARE PreLien2Lien-One State customer since 2012 for notices to print in CALIFORNIA. In 2013 they began using our TRADITION LIEN SERVICE division to prepare their notices outside of CALIFORNIA.

I was playing some basketball at a new park built near my new house when I glanced at the playground area that was adjacent to the basketball courts and saw their fitness equipment. 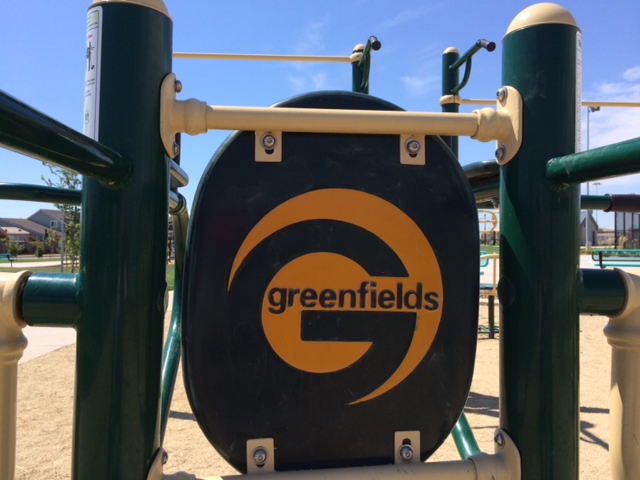 This photo was taken at Robert “Bob” Mahan Park in the Westpark area of west Roseville.